talk | book and get set go

Manali (मनाली): - Manali is a hill station settled in the elevations of Himachal Pradesh. The Manali is named after the sage Manu. Manali is also known as "Valley of the Gods". This is a most glorious town on the side of the River Beas. The town ranges between elevations 1800 meter to 2000 meter. Snow fall occur in Manali during December to starting of the March. This is a glamorous destination that provides various attractions in all seasons. It provides escape from the heat of the plains in summer; on the other hand winter dress the town with white snow the attraction of the town.

Best Time to Visit: - Travellers can visit Manali in whole year and approachable in every season, by Air, Bus, train, and cab. Environment is very pleasant in Manali in all seasons.

Minimum 3 Night and 4 Days for tour Required and to have a glance of the nature's beauty and Maximum 5 Night and 6 Days or more for tour and to explore more about the Manali.

Van Vihar, National Park is one of the most frequented attractions in Manali.

Nagger Castle was the old capital of the Kullu. This is a mixture of the old western Himalayan architecture. Here is a gallery, in which painting of the Russian artist Nicholas Roerich are kept. Here are three old shrines. There is also, Jagatipatt temple, Tripura Sundri Temple, Nicholas Roerich art gallery, Gauri Shanker temple.

Manali Mall Road, is the main market in Manali and also the main attraction for tourists specially women who always keeps on looking something for shopping. It is No Traffic and Smoking Zone and is around 220 meters long From Bus Stand to Model Town. Mall Road shops, Showrooms and Multi Cuisine Restaurants. Kullu Shawls and Caps are available in shops of Manali Mall Road.

Solang Valley is a valley on the top of the kullu valley. Solang Nala (Valley) is known for its summer and winter sports conditions. Commonly Parachuting, Paragliding, skating and Zorbing, are the sports organized here. This is a place also known as a ski resort. Snow melts here in summer in the month of May.

Rahalla Water Falls is a waterfall at a distance of 16 km from Manali on the way to Rohtang Pass which is the place of attraction for the visitors on Leh Manali Highway.

Rohtang Pass is the high mountain pass on the eastern Pir Panjal Range of the Himalayas 51 km far from Manali. This pass is a natural divide between the Kullu and Lahaul and Spiti valley. There are many other passes in Lahaul and Spiti which have specific names (Kunzum La, Bara-lacha La, etc. Rises in average temperature, and the regular melting of glaciers, are also issues of severe concern. The Rohtang pass open in the month of the May to November.

Manikaran is settled in Parvati Valley on Parvati River at a distance of 80 km from Manali. This is a famous place for the hot water springs and pilgrim centres for Hindu, Sikhs, and there are temples of the Hindu and the Gurudwara of the Sikh. Lord Ram Chandra Temple, Temple of Lord Shiva Vishnu temples are there in Manikaran.

Bhrigu Lake is named after Maharishi Bhrigu. It located in the east of Rohtang pass and is around 6 km from Gulaba village. It can be approached by trek from Vashisth temple which famous for hot water spring. This Lake never freezes completely.

Great Himalayan National Park is one of the India's national parks located in Kullu established in 1984. It is spread over area of 1171km2. This park is added to UNESCO list of World Heritage. There are many species of the mammals, birds, reptiles, molluscs and annelids.

Jogini Water Falls is a near Vashisth temple at a distance about 4 km.

Manali Weather Conditions: - Always cool and enjoyable during all seasons.

Winter Season- Oct to March In winter Manali keeps covered with snow, one can reach to Manali easily, but the routes remains closed ahead towards Rohtang and Leh.

Summer Season - April to June In summer one can feel natural AC environment, and can have relaxed journey. This is the season when tourist prefers to visit Manali because of the cold environment and the burning heat in flat areas.

Rainy Season: - July to Oct In rainy season It remain covered with the fog and clouds all around, which is liked by the visitors for the best photography of the natural beauty, one can see many waterfalls near around Manali.

Tourist Approach: - During all around the year i.e. summer, winter and as well as in Rainy season, almost all hotels and cabs remain packed during the winter season so travellers are advised to go for advance booking / or travellers should book in advance to avoid the non availability of hotels and cabs.

Bus Stand is in the main city. Vehicles are available to all places around the city through out the day.

Nearest Railway Station is in shimla, Jogindernagar, and Kalka.

Air Port - The Nearest Airport for Manali is Bhuntar (Kullu), 50 Kilometers Approx. from Manali; here flights are available except winter season which depend on the weather conditions.

Share your plan with us to serve you better.

We have earned valued clients. Our first priority is to serve our clients. Here are our 24x7 assistance

Clients Say About Us

Here are some words from our valuable clients 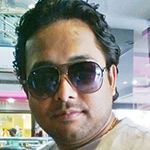 Experience with the team Crest Cabs was very exciting. We went out for the four days holiday trip to Manali. It was awesome. The behaviour of cab driver was very friendly and jolly. He guided us a lot during our expedition. 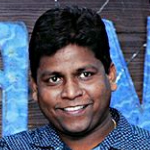 The joyful trip to Dharamsala is memorable. The thing we liked of Crest Cabs was their support whether by customer support team or by the travel guide. They got the on-time pick-up and drop-off, which was praiseworthy.

We are here to help. Contact us anytime. We 'll be pleasured.

We are socially connected too as below:
Request a Call

Let us call you. Please provide your information.